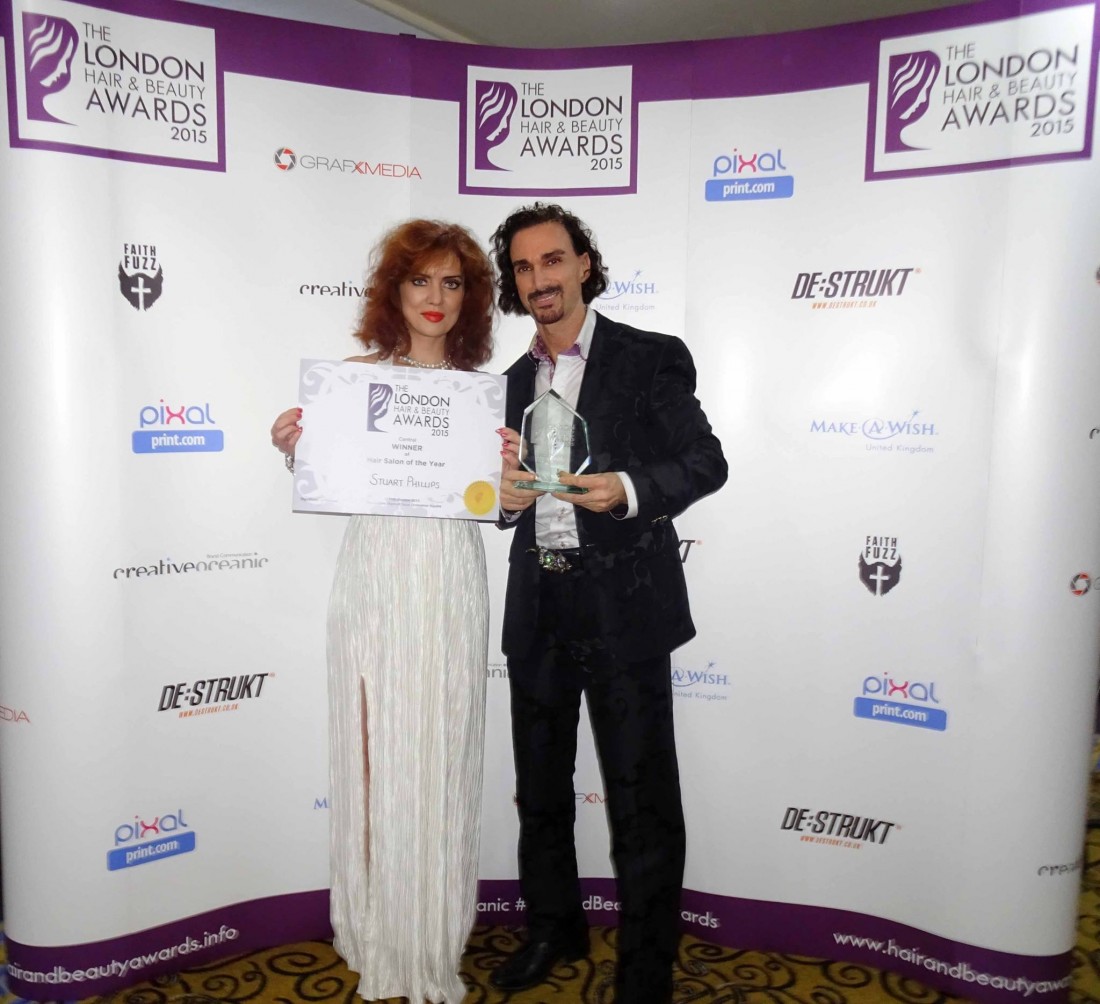 Stuart won this prestigious award last year including winning the overall title of ‘Best Salon in The UK 2014’ at the ‘English Hair & Beauty Awards’.

His category had some fierce competition from London, including Daniel Galvin, Michaeljohn, Brooks and Brooks, Jamie Stevens Hair, to name a few!

At approximately 10.45pm the announcement was made to see if he wins the title of ‘Best Hair Salon In London 2015!!