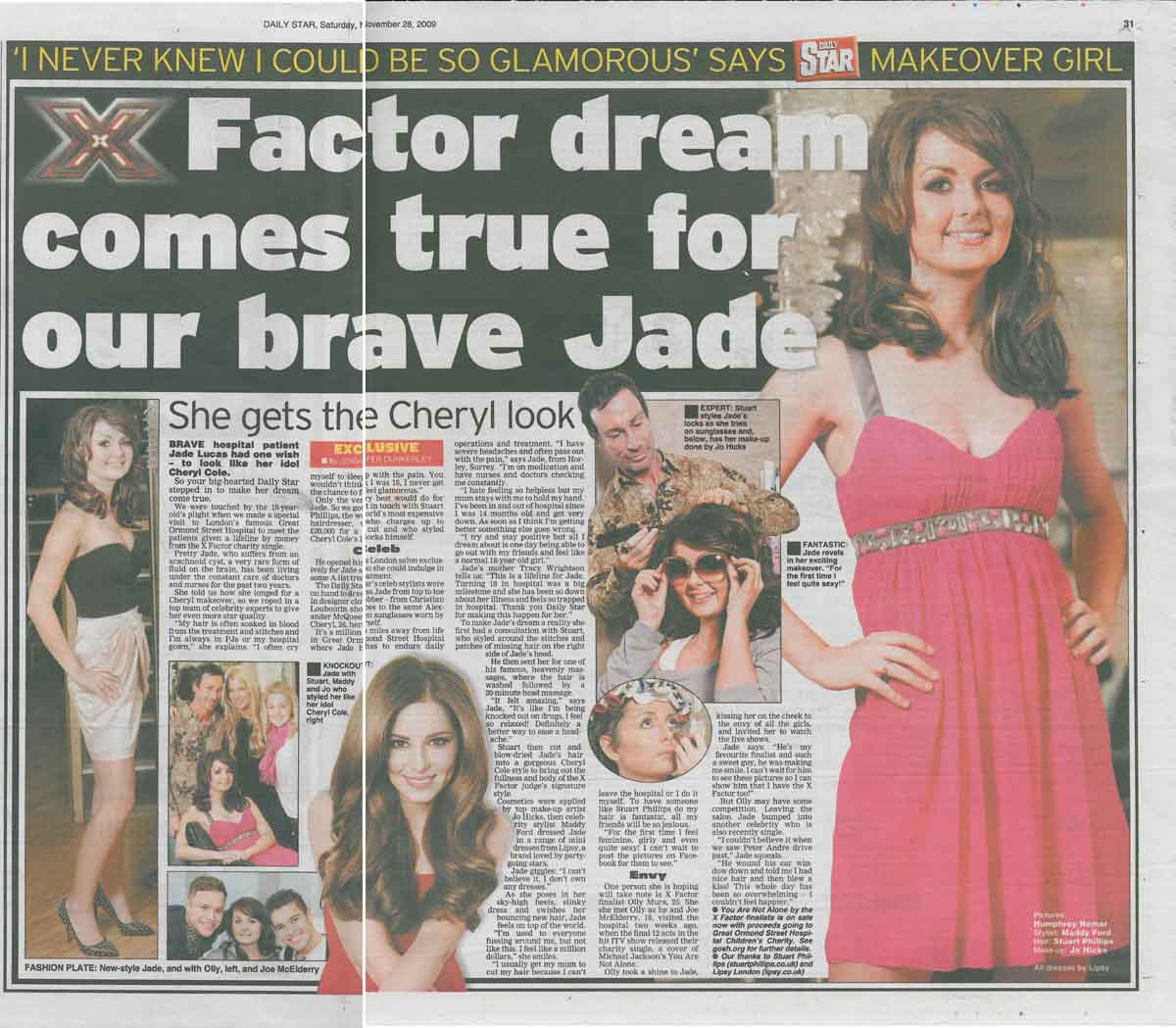 On Thursday 26th November I had such a fab day, The Daily Star previously contacted me to ask if one of the patients from Great Ormond Street could come to the salon and be treated to a makeover?

The Ladies name is Jade and she suffers from an arachnoid cyst, which is a very rare form of fluid on the brain, Jade has been living under the constant care of doctors and nurses for the past two years. Jade told the Star how she longed for a Cheryl Cole makeover, so that is exactly what I did. The difficult part was making Jade’s hair look thick because a large amount of her hair was missing from underneath of one side, so I first cut about three inches to help thicken the outline length, then after using a fair amount of mousse I used heated rollers to achieve bounce and fullness. Jade also had a make-up artist and fashion stylist to help with the look which was then photographed by the Star.

I have to say Jade is an amazing and brave person and I liked her very much and her mum Tracy was also really nice. I’m so pleased I did this makeover on such a fantastic person. The day was a mixture of emotions but most importantly Jade had a great day and that’s all that mattered.

Later on in the evening I was invited to a bash in Kensal Green, [a long way from where I live] there were different celebs singing for charity including boy George and Sadie Frost, I went with my friend Ray Pantaki [he was in Eastenders for many years]

It was a great end to the day; boy did I sleep well that night!