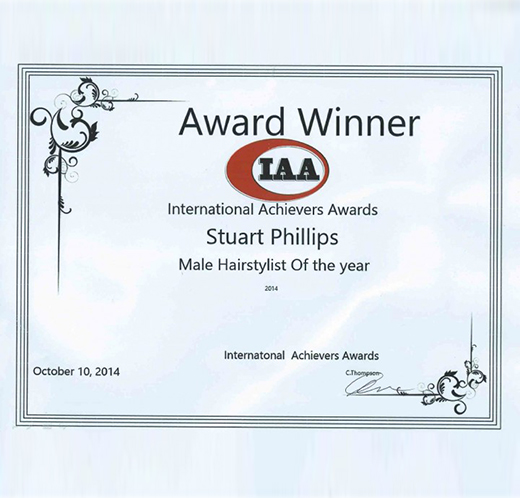 Two days after Stuart Phillip’s salon won the best salon in London award, by the London Lifestyle Awards October 2014/15, I was asked to attend another award ceremony in London. I was nominated for “Best Male Hairstylist in the UK”.

On the night I received this desirable award, I was over the moon as this was my second award with-in the same week.

Earlier in the year my salon also won the “Best Salon in London and “Best Salon in the UK” at the English Hair & Beauty Awards, so it’s been triple celebrations for my staff and I.