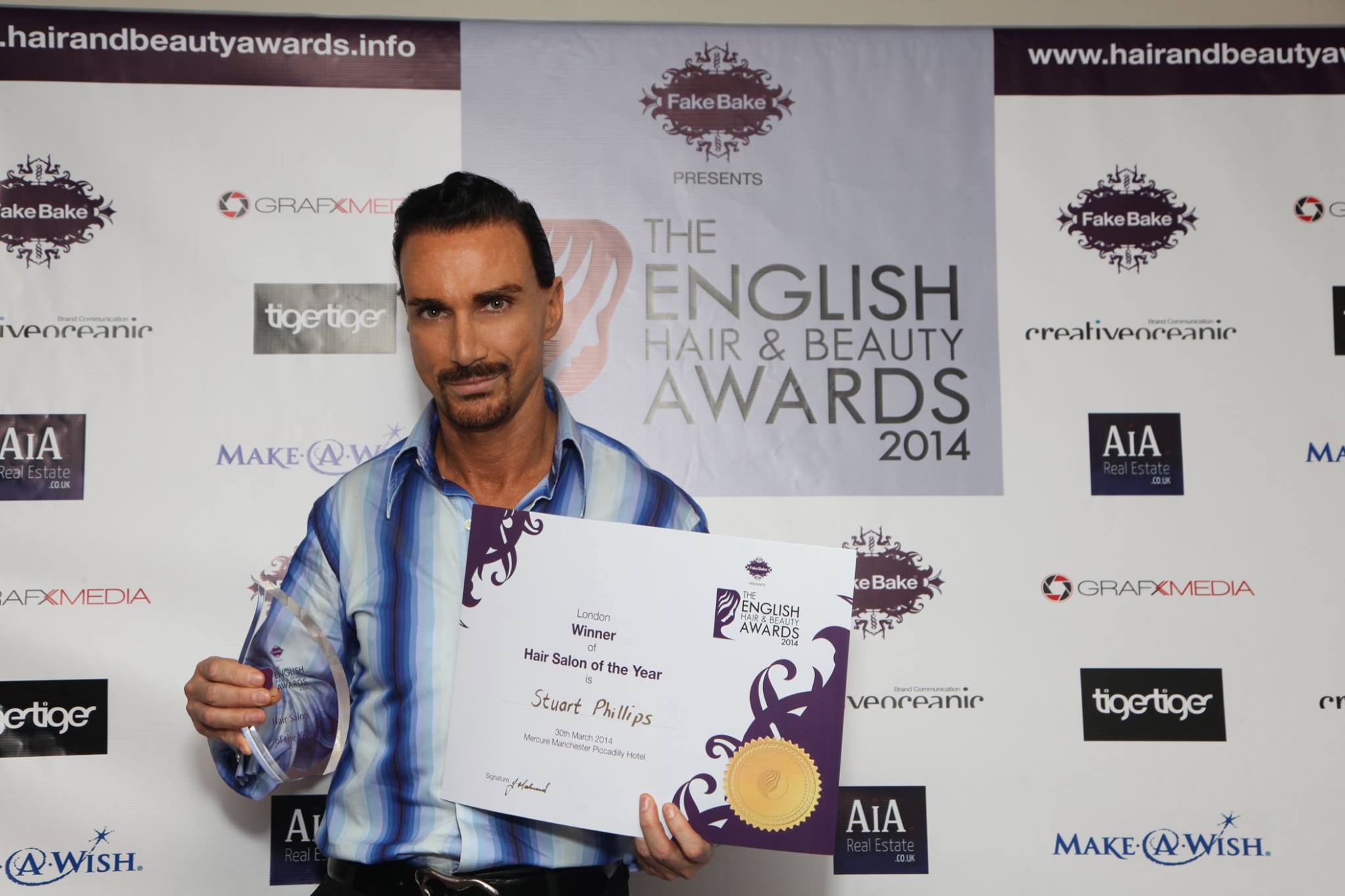 Back in February Stuart Phillips Salon was very proud to have been nominated by the UK public as one of their favorite choices for “Best London Salon of the Year Award 2014” at the 3rd English Hair & Beauty Awards 2014.

The award ceremony was  held on the 30th of March 2014 at the Mercure Hotel in Manchester.

The first thing I noticed was the great turnout, there must have been over a thousand people seated for the four course dinner and award ceremony. The atmosphere was great and looking around at various people I noticed the excitement  in their faces, as everyone was looking forward to the prospect of winning.

The awards were broken down into a few sections, it began with the announcement of the beauty awards followed by dinner, then the hair awards.

In my hair salon of the year section, there were 9 regions, in each region there were between 6-10 nominees. It began by the host of the evening, Sally Hudson from Capital FM announcing all the nominees from each particular region, then the painful part was waiting in anticipation to see if your name was called out, becoming the winner of your region, mine was the last region to be announced.

Around 11pm my name was called out as the “Best London Salon of The Year” I then took to the stage with all the other winners from their region.

The final part of the evening was to see who the overall winner was of “Hair Salon of the Year 2014” to my delight my name was called out for the second time.

What a fantastic end to the evening 🙂