At the beginning of September 2016 I was informed by the Wealth & Finance Awards team that I had been nominated for a few awards, they explained that the winners are decided by a combination of votes gathered from their network of respected industry partners and their own rigorous in-house research, which included recognising outstanding achievement, game-changing innovation, performance over the past 12 months, and even their competition to ensure that only the most deserving names walk away with one of their prestigious trophies.

The news of the three nominations excited my passionate team members and was of course great news for me too!

Roughly four weeks later I received an email congratulating me on all three wins.

This coupled with the win for ‘Best Salon in London’ at the London Lifestyle Awards 2016, has made it a great year for the Stuart Phillips Salon. 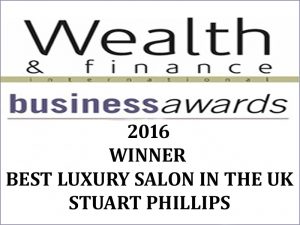 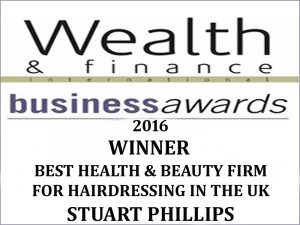 Winning 'Best Health & Beauty Firm 2016' in the UK for hairdressing 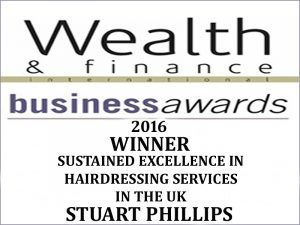 Winning 'Sustained Excellence in Hairdressing Services 2016' in the UK