The last few weeks I’ve been working so hard on various projects and haven’t found the time to party and socialise. That was until My friend Richard Austin Reece invited me to another great party hosted by the Button club and as you remember from my previous blogs, these parties are very good.

Richard explained that this party was going to have a theme; it was called “FALL OF ROME IMPERIAL BALL”, so I guessed that meant big time fancy dress. I’m not normally interested in these kinds of parties but this did sound  different, better than most others.

The day of the party I strolled down to Angel’s fancy dress to see what kind of costumes they had, I decided to go as a gladiator, and luckily enough Angels had a big choice of costumes, so I did a pick and mix and ended up buying around 8 separate pieces.

Originally my idea was to go with a friend and travel to the event by train, I assumed it would be a laugh dressed this way on the train. I met my friend Kerry Cooper around 7pm, we both got changed in the salon and because of the nature of the clothes (thick and heavy) we both started to sweat with-in minutes, (the temperature outside was around 30), so this made both of us think that we should catch a taxi rather than sweating on a train.

The photo bellow was taken in the salon just before Kerry and I jumped into the taxi. Check out the passers-by!! 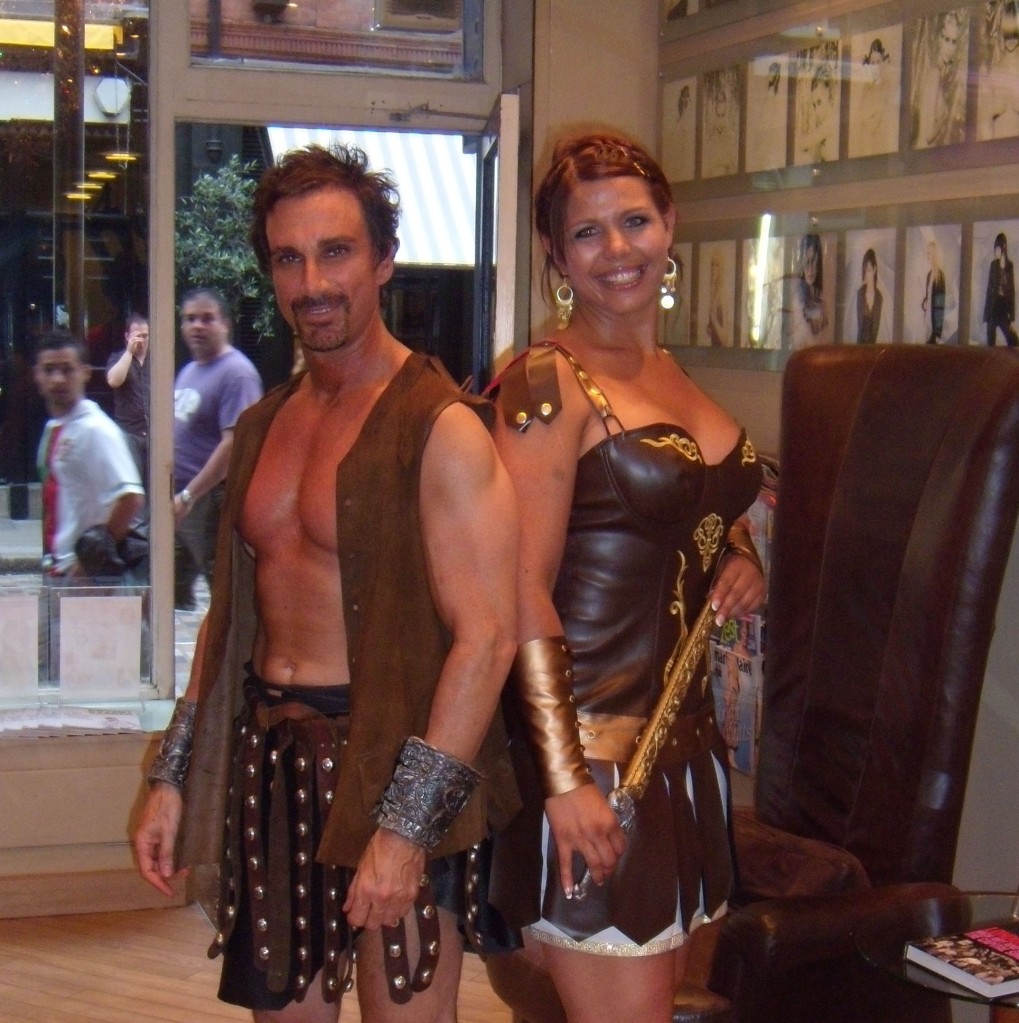 With-in a few minutes of walking into the mansion, Kerry and I had our photo taken by OK! Magazine then started sipping champagne and began mingling with everyone. 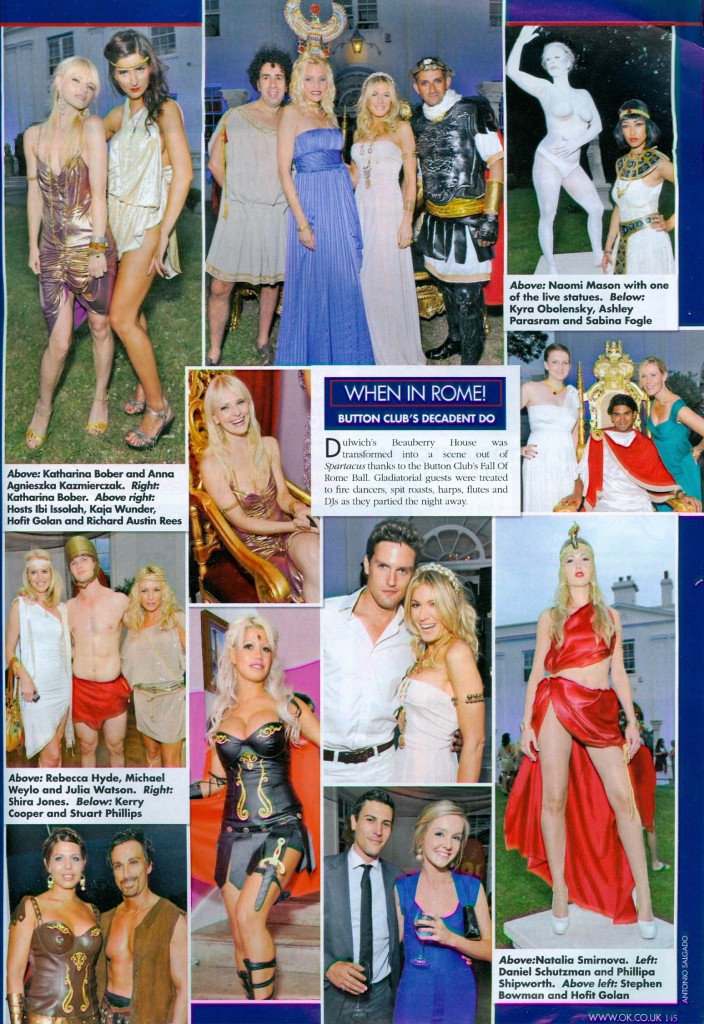 Around 2am I went outside where all the photographers were congregating and had my photo taken with the lovely Kaja (Kaja owns the Button Club) in the amazing royal chairs, lol. 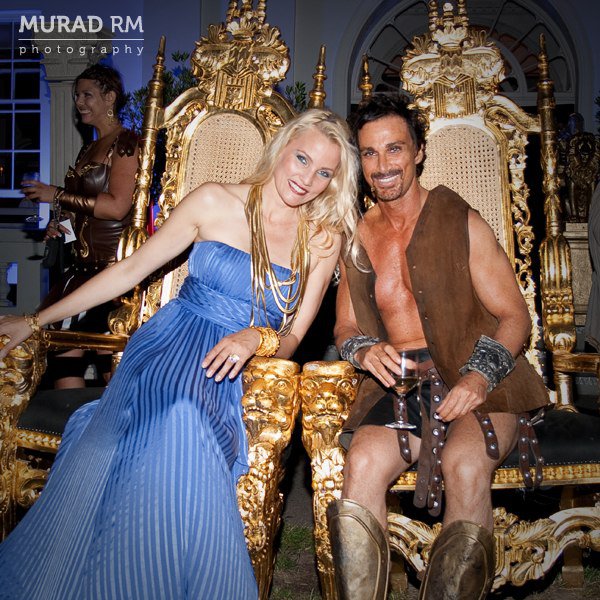 Unfortunately I lost Kerry for most part of the night, all you needed to do was wonder off and with-in minutes (due to the venue being massive) you would lose each other, we managed to meet up again around 3am. Kerry told me she had a great time and met lots of interesting people as so did I. Soon after that I decided to phone for a taxi, Kerry wanted to stay on and party, problem was I was a little drunk and had work the next day, so I needed to do the sensible thing and get some sleep. I got home around 4.30am, dived straight into my fridge, snacked and passed out around 5am. Needless to say I had a quiet one Saturday night.