The most exciting adventure yet

Hope everyone’s new year was good, I ended up going to a last minute party which was rubbish, it was a fancy dress party, In my experience  people generally don’t dress up, with this in mind I decided not to, when I walked in you guessed it everybody was in fancy dress except me lol, well at least I looked good.

At 11.30pm I decided to leave the party but then my friend Anja walked in with her brother and his fiancé they didn’t like the party either (they were not in fancy dress) so we decided to drive to my house and celebrate their.

The time was now 11.45pm and would take around 30 minutes of driving so I felt a little pressure to get home in time, with this in mind I drove a bit too fast but still got home around 12.15am.

We watched a film, hung out in the snow drinking and danced in my lounge; it turned out quite a good new years eve.

A couple of months ago I received an email from a Rumanian glossy magazine called “The One” they interviewed me and over the new year they sent me a copy, I was pleasantly surprised on the quality of the magazine, although I couldn’t understand the language the layout and quality of the pages were really nice, but what was really cool was the front cover because my name was on it, that’s a first. 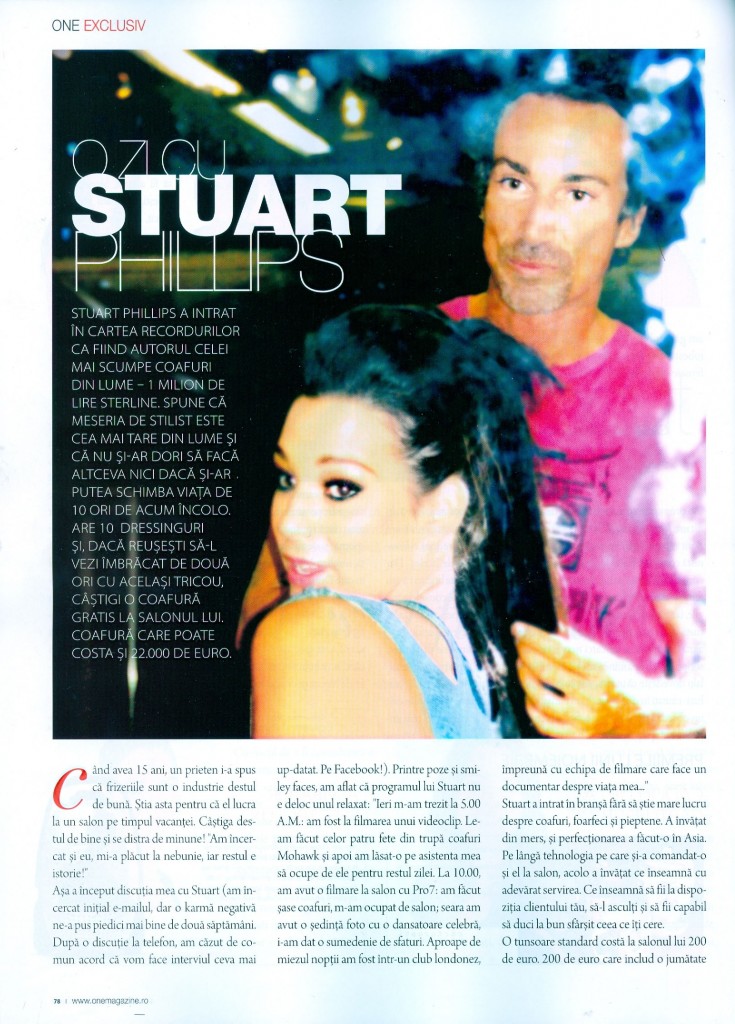 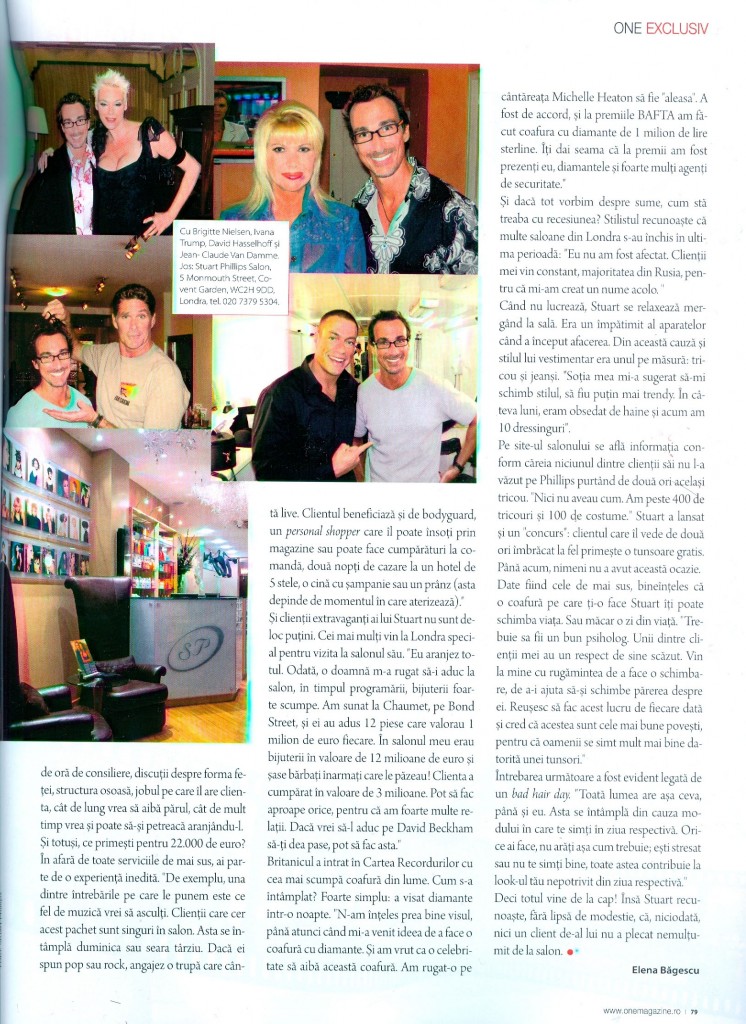 In my last blog I mentioned about this colossal project that I was working on and gave a few clues, well now I’ll tell you, at some point in 2010/11  I’ll be tempting another world record which is “TO DO THE HIGHEST HAIRCUT IN THE WORLD”  I’ll be climbing Mount Everest and when I reach the highest point possible for me I’ll attempt to cut one of my camera crews hair or basically anyone that makes it with me, these are just some of the problems I’ll face –

1)  I’ve handed in my proposal to the Guinness Book of Records for creating such a record (as there is no such title in the record book) I need to ask permission for this record attempt, they ask you to wait up to six weeks for an answer, I have another month to wait for their verdict.

2)  I Will need a sponsor for the record attempt because it costs £30000.00 per person to climb and there be around ten of us climbing, will also need a certain wage because including your training you’re looking at about five months off work.

3)  Am I fit enough? Well that’s a question, I think I am but it’s to do with the altitude, people become very sick the higher they go, all this will be determined in my training (if I’m fit enough) for this kind of training you go to a special place where they deprive you from a certain amount of oxygen (similar feeling to when your high up in a mountain) then test to see how fit you are on various exercise machines etc.

4)   I will need to talk to someone that has summated the mountain because there are so many questions the most important few being – is it possible to actually move your fingers to achieve a haircut in temperatures of minus 50, can I take off the balaclava to do the haircut or will my clients ears fall off and will the hair become one piece of ice, if I try and comb it will it shatter.

5)  I will need special scissors made that will not crack in -50 and will need to be made big enough to fit round my gloves.

6)  Will need to find an extreme camera crew that can climb such a treacherous mountain and film at the same time.

7)  To find a charity that I like and that also has the capability to raise a lot of money.

These were just a few questions that I could think of but I’m sure there be many more!

I feel this is such a dangerous and difficult thing to attempt especially when I’ve got zero experience, but the flip side is if I get back in one piece meaning no frost bite then I think it will be the most amazing adventure of my life.