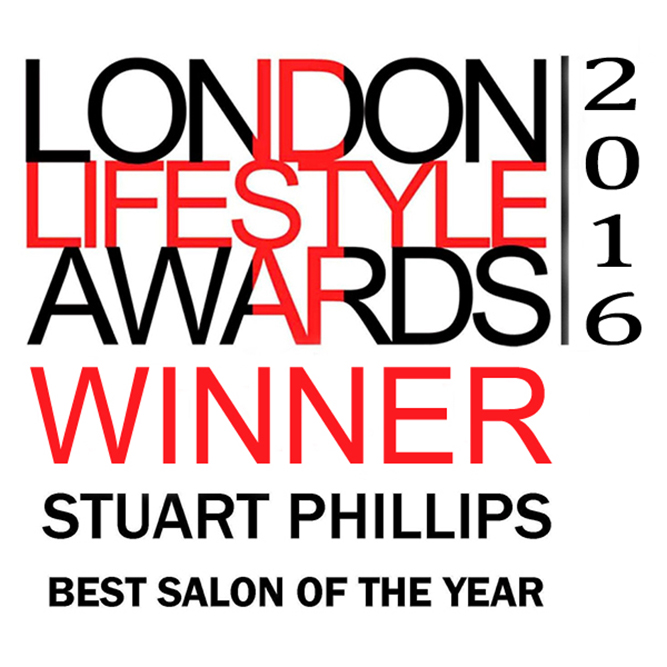 Voting for the London Lifestyle Awards began in August 2016 for the best in London businesses, which included the best London Restaurants, Hotels, Theatre Productions and Clubs, to name a few!

My category fell under ‘Best Salon in London’ with over 35 top London salons nominated.

This particular competition is fierce as all the nominees are of the highest standard and some with worldwide recognition, so this was going to be tough.

To win this award you would need to achieve public recognition of what they feel are the highest of standards.

The voting continues for a period of two months, it then goes to a panel of judges where they take into consideration the standard of your work, the service you offer and how popular the business is through monitoring their public relations.

My salon has been nominated for this award every year since 2011 and was runner up for three years, winning this prestigious award in 2014 and now again in 2016.

This year’s dazzling awards took place on the 3rd October 2016 and was held at the London Lancaster Hotel.

The event was hosted by the talented Chris Hopkins as well as many celebrities handing out various awards for the many different categories. 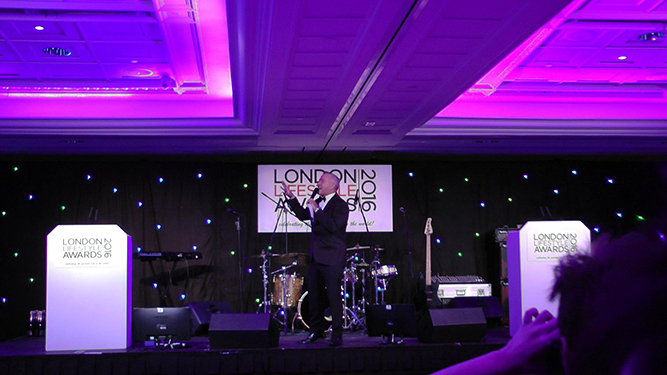 The venue looked as glamourous as ever, with my table situated in front of the stage making it easy for my guests and I to watch the great entertainment and then enjoy the wonderful food.

As part of the evening’s entertainment the London Cabaret Club performed their exquisite ballet whilst on stage they sang a version of David Bowie’s excellent ‘Space Oddity’. 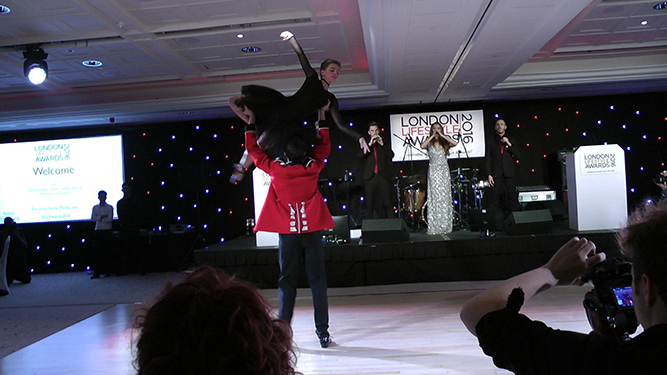 The second performance by the London Cabaret Club sang ‘all about the base’, what a voice!!! 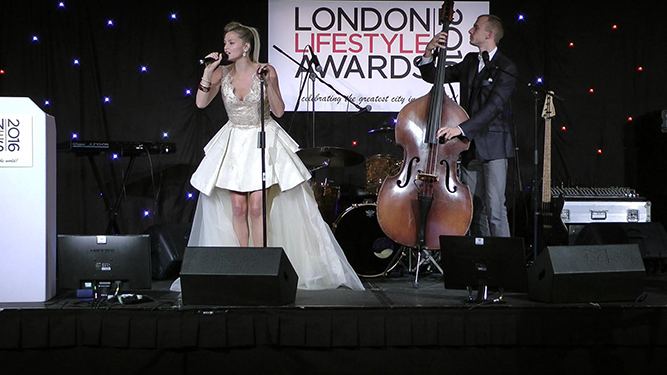 A few years ago I met the singer Ben Ofoedu through his partner Vanessa Phelps, (very cool guy) so was looking forward to Ben singing. Just before my category was called out he came on stage and sang ‘Turn Around’ he literally got the whole audience singing and dancing, well done Ben! 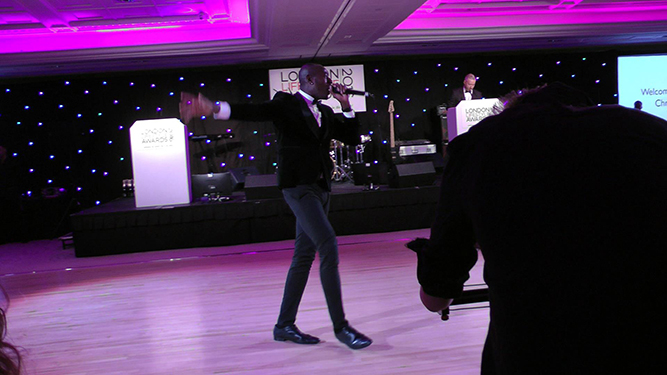 Ben Ofoedu singing 'Turn Around' by 'Phats and Small'

At around 10pm the nominations for the best London salons were announced by the winner of the apprentice TV show and Sky news reporter Michelle Dewberry. Michelle then announced ‘Stuart Phillips’ as the best salon in London 2016. 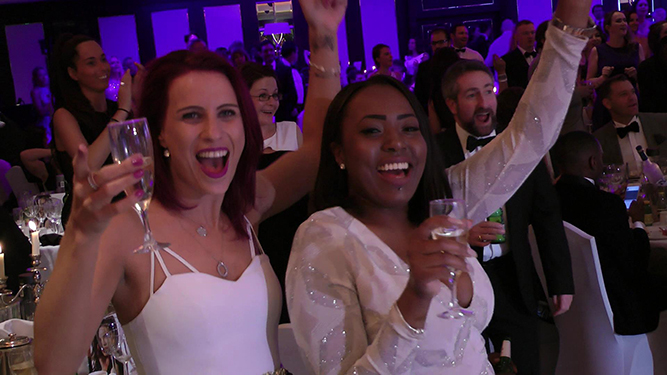 Christina, Santana, Angel and I made our way to the front of the stage, with my mum and sister watching us receiving this prestigious award and feeling very proud. 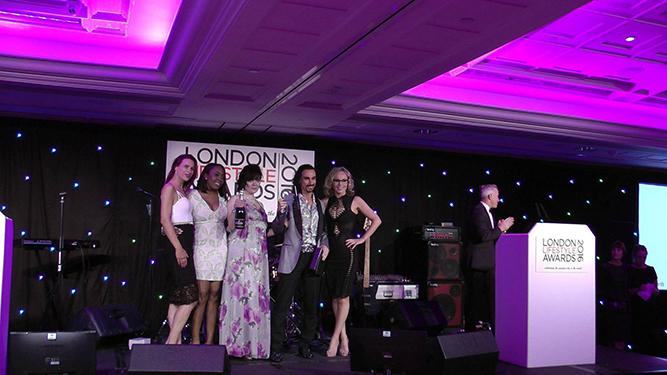 On stage receiving the prestigious award, while the photographers were snapping away

What an amazing end to such a great event!

Watch us receive this prestigious award below: