Stuart Phillips Salon Is Winner Of ‘Best Salon In London 2015’ 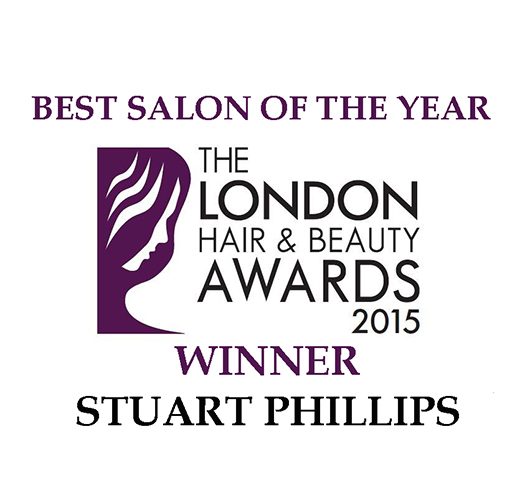 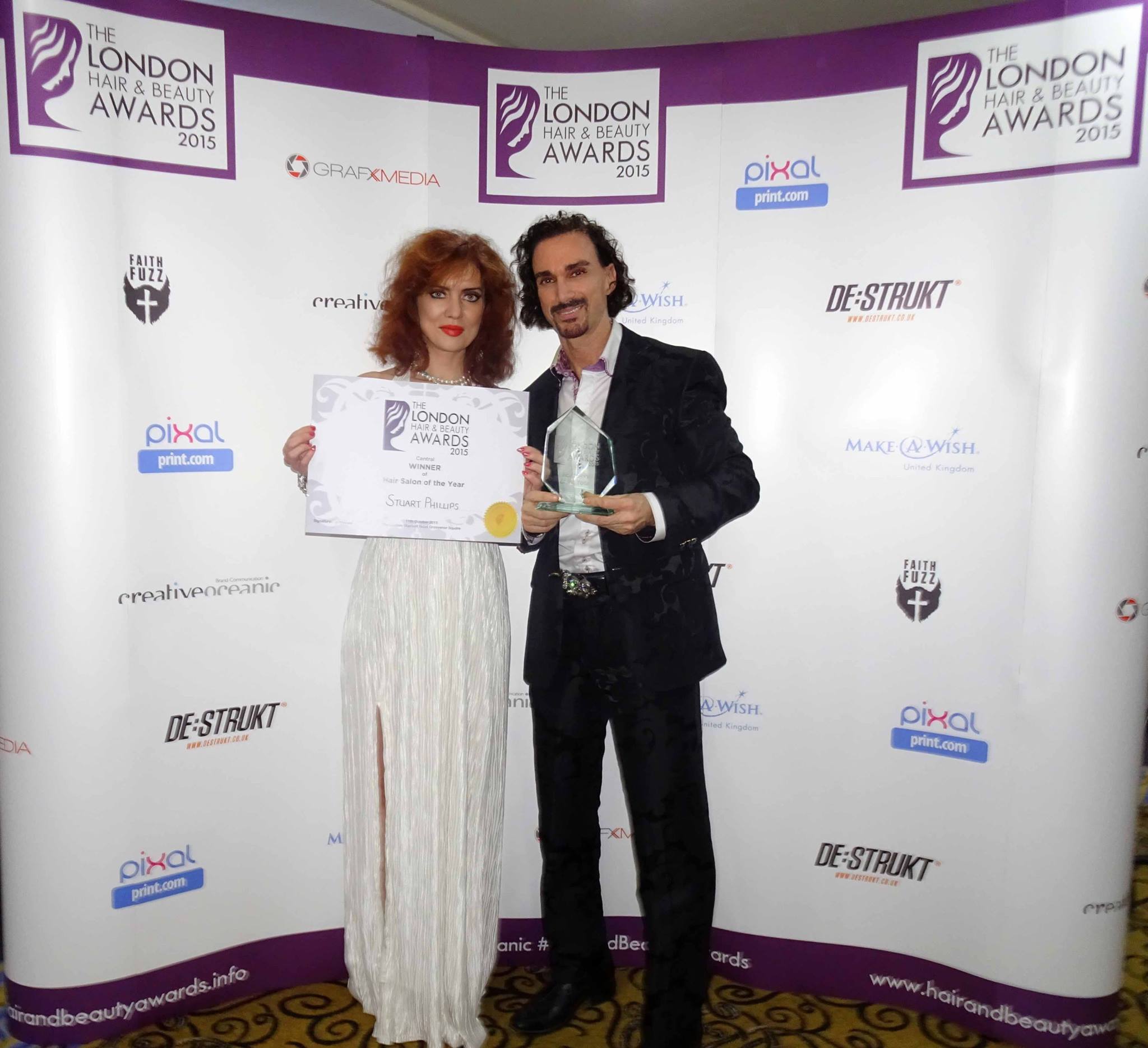 Won the award of best salon in London 2015 (1)Angel and me holding up both the awards, a proud moment!

I won this prestigious award last year including winning the overall title of ‘Best Salon in The UK 2014’ at the ‘English Hair & Beauty Awards’.

This year the London awards were separate to the rest of the UK. The London region is always a tough one to crack as it consists of many great salons and hairdressers. The London region was broken down into five categories and as my salon is situated in Covent Garden, that fell under the central London category.

My category had some fierce competition, including Daniel Galvin, Michaeljohn, Brooks and Brooks, Jamie Stevens Hair, to name a few!

‘Hair Salon Of The Year’ was to be announced as the very last category, so for now I just relaxed, enjoyed my food whilst all the other categories were being read out.

At approximately 10.45pm the nominee’s for ‘Best Salon of The Year’ was about to be announced! As each London area was named, the winners  would approach the stage and receive their certificate, followed by their photograph being taken whilst the audience were clapping and cheering.

The central region was the last to be announced, after all the names were called out I was waiting in anticipation for the winner of this section. They then called out ‘Stuart Phillips’ the relief on my face, ‘well you could only imagine!’ Angel then started to film me as I approached the stage to receive my certificate and also be photographed.

I thought the first part was nerve wrecking enough, this next part was even worse as there were five categories within the London region all standing on stage and each category had roughly 3-5 salon members, so basically there were a lot of us on stage.

The presenter then announced the overall winner, then when my name was read out again for the second time I had the biggest grin on my face.

I was then asked to walk to an area where I would be photographed and interviewed.

The awards finished around 12am, then the celebrations began!