Stuart Phillips Salon Is Nominated For Best Salon In London 2012 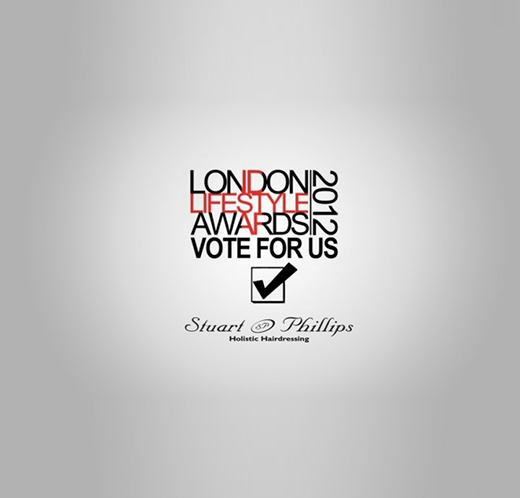 The London Lifestyle Awards is now in its third year, it celebrates all the good things in London and each year this award ceremony builds more momentum and excitement.

It’s true that being nominated is great, especially when competing with the other top salons in London, although there’s nothing quite like winning.

I arrived at No5 Cavendish around 5pm and noticed Jet Set Films were already there, they began filming, on my way in I was handed an envelope which had strict instructions not to open till 6pm, the letter had information that would say if you were successful or not, there were many people there that I presumed not all would be nominated, that’s where the nerves kicked in a little! I was so tempted to open it but held back.

Just before 6pm I was chatting to a few of the Olympic champions from the British Rowing Squad (who won gold for Great Britain)  the conversation was being filmed and at the same time I started to open my letter very slowly, (who says men can’t multitask!!!)  in-fact one of the rowers took a peak before me and caught a smile on his face, that kind of gave it away, lol.

There you have it, Stuart Phillips Salon is now in the final up against 14 other top London salons and the award ceremony is on the 17th October 2012,  at the Hurlingham Club, London. Jet set Films will also be present filming.

This is the second year that my salon has been nominated for the same award, would be great to win Best Salon in London this year!

Very much looking forward to the night!

WOULD REALLY APPRECIATE YOUR VOTE!

Here’s the link to the voting page! Voting finishes on the 20th September 2012!

If you go to the 3rd category down, “Best Hairdressing Salon” once you clicked on Stuart Phillips, then go to the bottom of the page and enter your email address to register your vote!

Your then receive an email (Please note it normally goes to junk mail) your then need to press “Register Vote” otherwise the vote isn’t complete!

Thank you so much for your support!! ?

Final words, being nominated is cool but winning’s insane!!