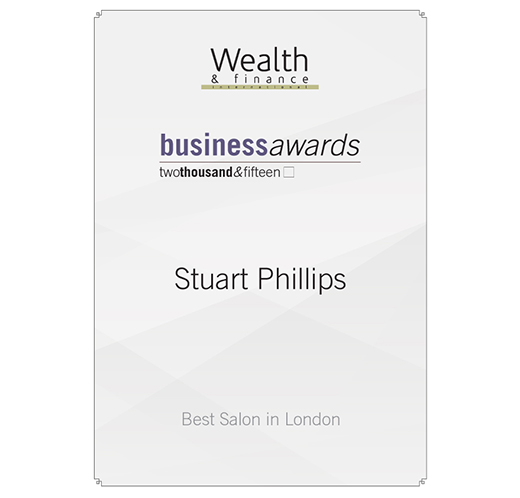 Back in October 2015 at the ‘London Hair & Beauty Awards, which took place at the Marriott Hotel in London, the Stuart Phillips Salon was proud to win both awards of the night ‘Best Central London Salon’ and the overall title of ‘Best Salon in London’ this was a great achievement.

Within a few weeks of winning this award I was contacted by the Wealth  & Finance International Magazine Awards, informing me that my salon was nominated for another award, for the same title as previously won. They continued to explain the voting forms was distributed to the 80,000 strong Wealth & Finance Subscriber base and open to visiting traffic via their website with over 24,000 unique hits monthly. With this being said winning the actual award was going to be tough.

Two months later after all the votes were added together I was informed that I had won the award.

Another great year for the team at Stuart Phillips Salon.