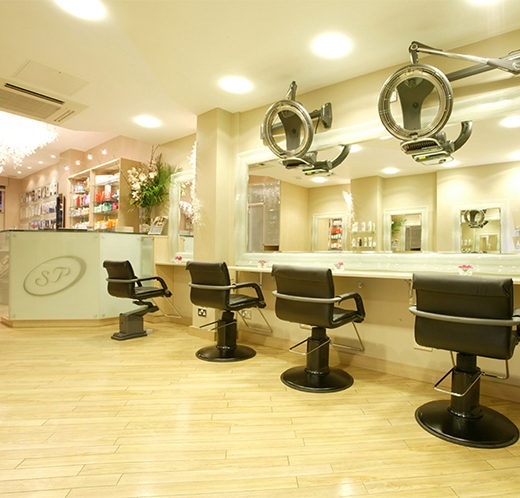 I started the business on the 8th May 1995. I remember that day well, as my staff and I put on a hair show which fell on VE day and was filmed for the BBC. Although it wasn’t as plain sailing as I had hoped!

The electricity board were supposed to have given us power to the building at least a few days before the big launch, this was of course very important as there would have been no lights and also no power for the hairdryers etc, this was for the twenty models all dressed up in army outfits with great hair-do’s and they were going to woo my audience.

On the morning of the salon’s opening party, the electricity board informed me that it was going to be another few days before we received power to the building, for the actual opening of the salon that would have been okay as the salon wasn’t going to open for another week BUT for the hair show and party, well that’s another story!

I personally phoned up the electricity board and pleaded with them! I even offered them some money but they were not going to budge! Plan B was now in effect. The man that helped build the salon, his wife personally phoned up the electricity board and literally threatened to end things (meaning her life!!) and broke down crying, this got us to the top of the queue and within 2 hours we had power to the building, what a GENIUS and a very good actor, although I felt a tad over the top BUT she certainly got the job done!

The opening was a success, my team and I had put on a great hair show, as we seemed to have pleased many of the magazines and most importantly made it on the BBC news!

Twenty years on and business is still going as strong as ever, that’s partly due to the great team of people that I’m lucky enough to work with, some great PR and of course the lovely area that my salon is in.

STOP THE PRESS! 2015-16 should be a great year, I’m working on an exciting project in Dubai. Can’t say much at this stage but it’s going to be the BIGGEST venture for me to date!! More news to follow!