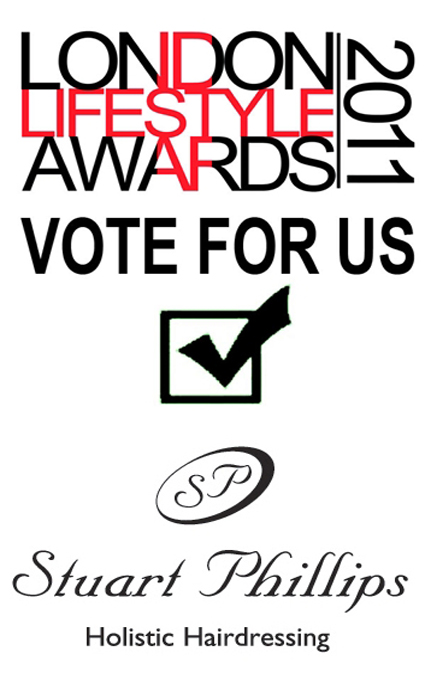 At the beginning of august 2011 I received an email from the London Lifestyle Awards, (they stand for recognition and celebration of all the best businesses, venues and events in London) and told me that I was up for a nomination for best London salon.

This was exciting because although I’ve won numerous awards before they came from within my own industry, this is the first nomination from outside.

The awards are broken down into 18 categories, for example; best club, bar, hotel, hair salon, etc.

The public voting ends on the 22nd September, then all nominees will be notified if they’ve made it to the top three in their category! Then on the 6th October the top three (54 in total) will be invited to the awards ceremony and dinner. It is here each category will find out if they’ve won, exciting stuff!!

UPDATE!! On the 6th October 2011 Stuart Phillips became the runner up at the London Lifestyle Awards, second place isn’t bad, although will try again next year and hopefully get first!!