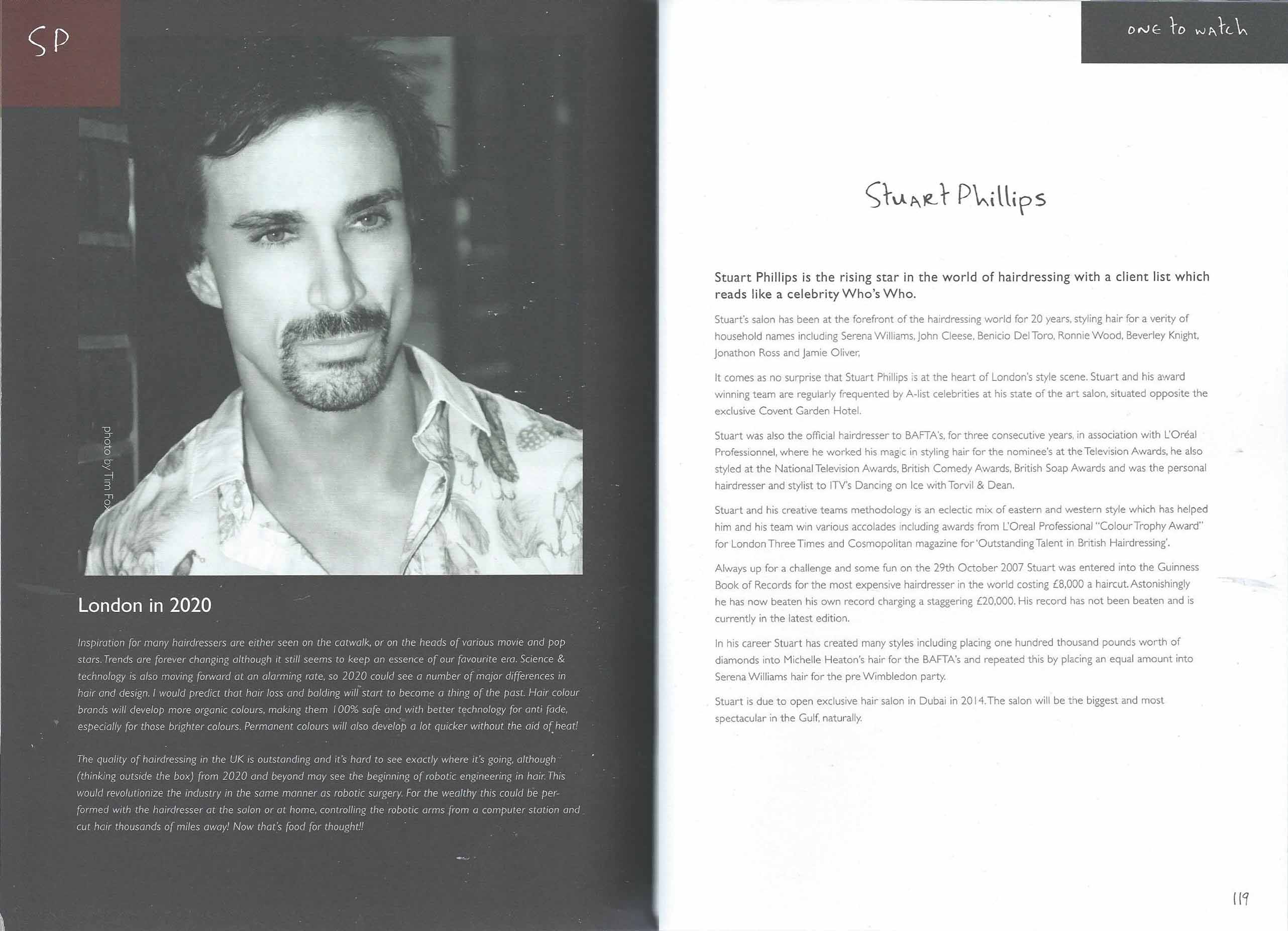 At the beginning of  October 2014 I was asked if I wanted to be included in a new book called, “London Key Lifestyle Influencers”, the fifty.

The book is about the top 50 influential people in London, that has a good influence on people’s lifestyles in London. I found it a great honor so I agreed to be part of the book.

The easy part was of course the biog, which is on the right side of my double page spread, the difficult part was the brief summery I had to give on what I thought would be the fashion for hair and colour in the year 2020. As said this is no easy task, it’s hard enough to predict a couple of years ahead, but 6 years was quite difficult.

I really had to think outside the box, so I spoke to one of my scientist friends and we both agreed that robotic engineering possibly could be the way forward! Your probably saying to yourself right now, what’s that Phillips guy talking about! Your be able to find out by reading the section “London in 2020!”.