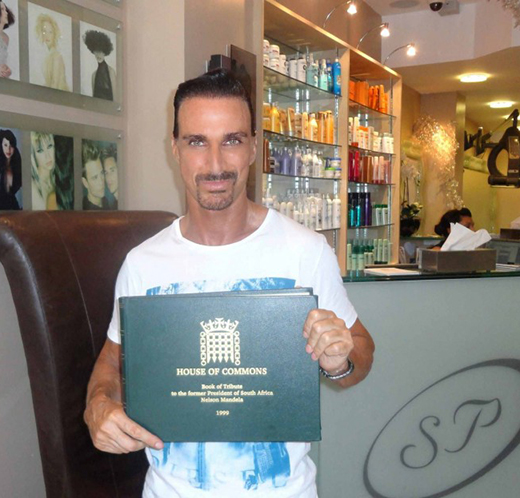 In December 2013 I was asked to represent all hairdressers from around the world by writing a message in the House of Commons book to Nelson Mandela. The founder of this great book is Nic Careem.

The book contains more than 600 messages and signed by different Hollywood Stars, Prime ministers, Presidents and TV stars from around the globe.

In an exclusive interview with OK! Online, I said that I was very excited to represent all hairdressers around the world for this unique honour and opportunity.

I signed next to Bruce Willis’ message. There were many icons in the world of entertainment so I was privileged to be invited.

Once the book is complete it will be copied and sold around the world for charity. The final resting place will be a museum in South Africa!