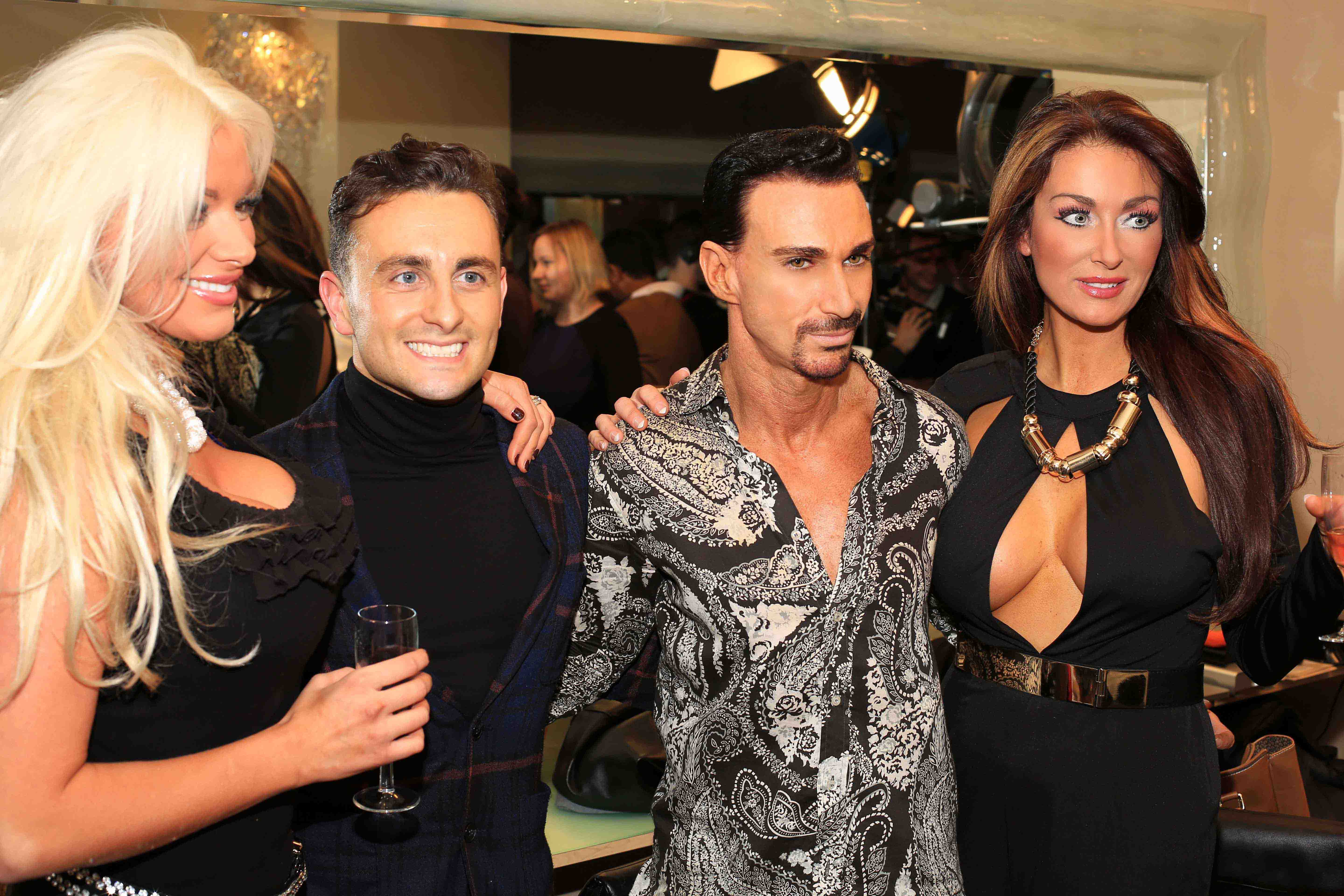 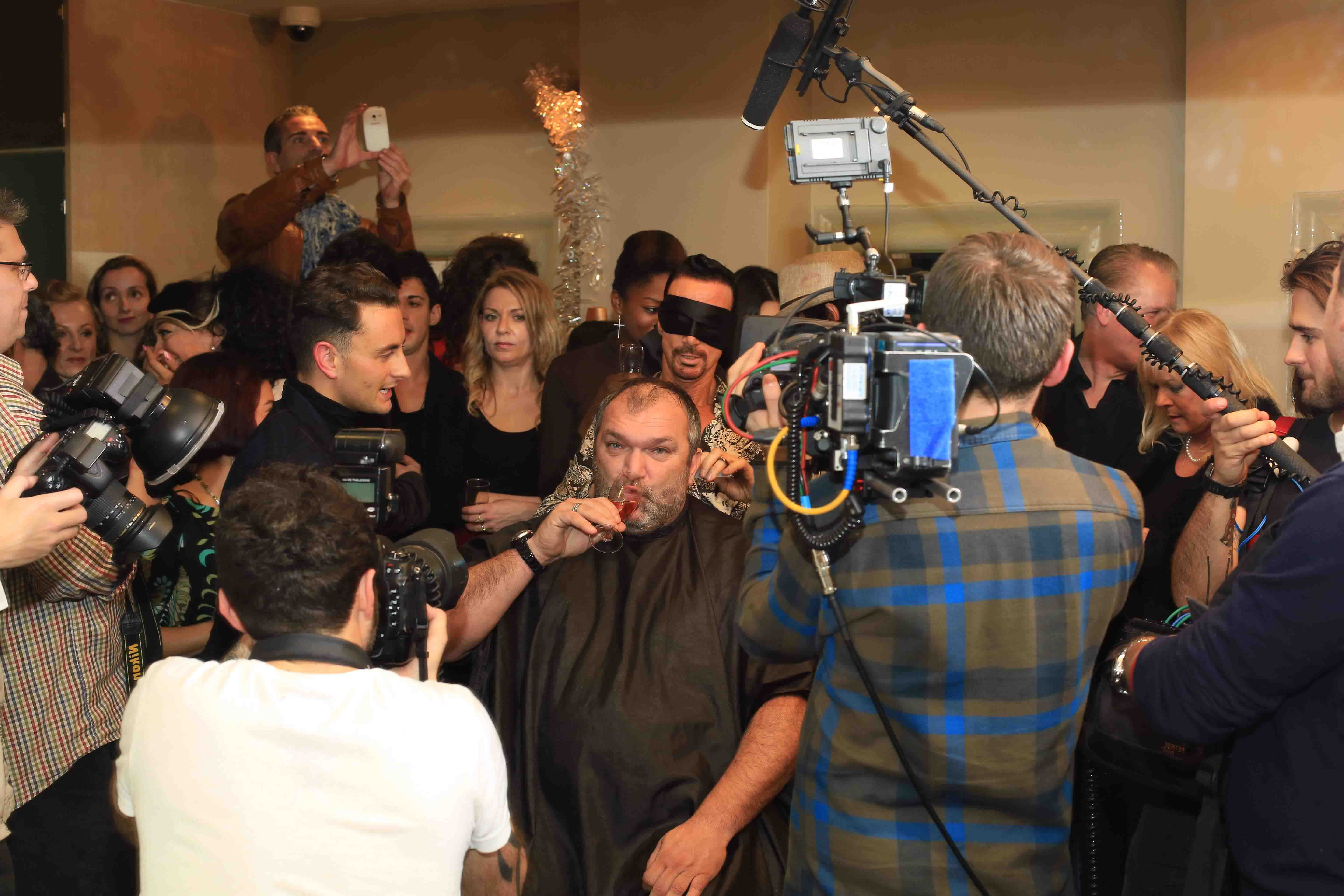 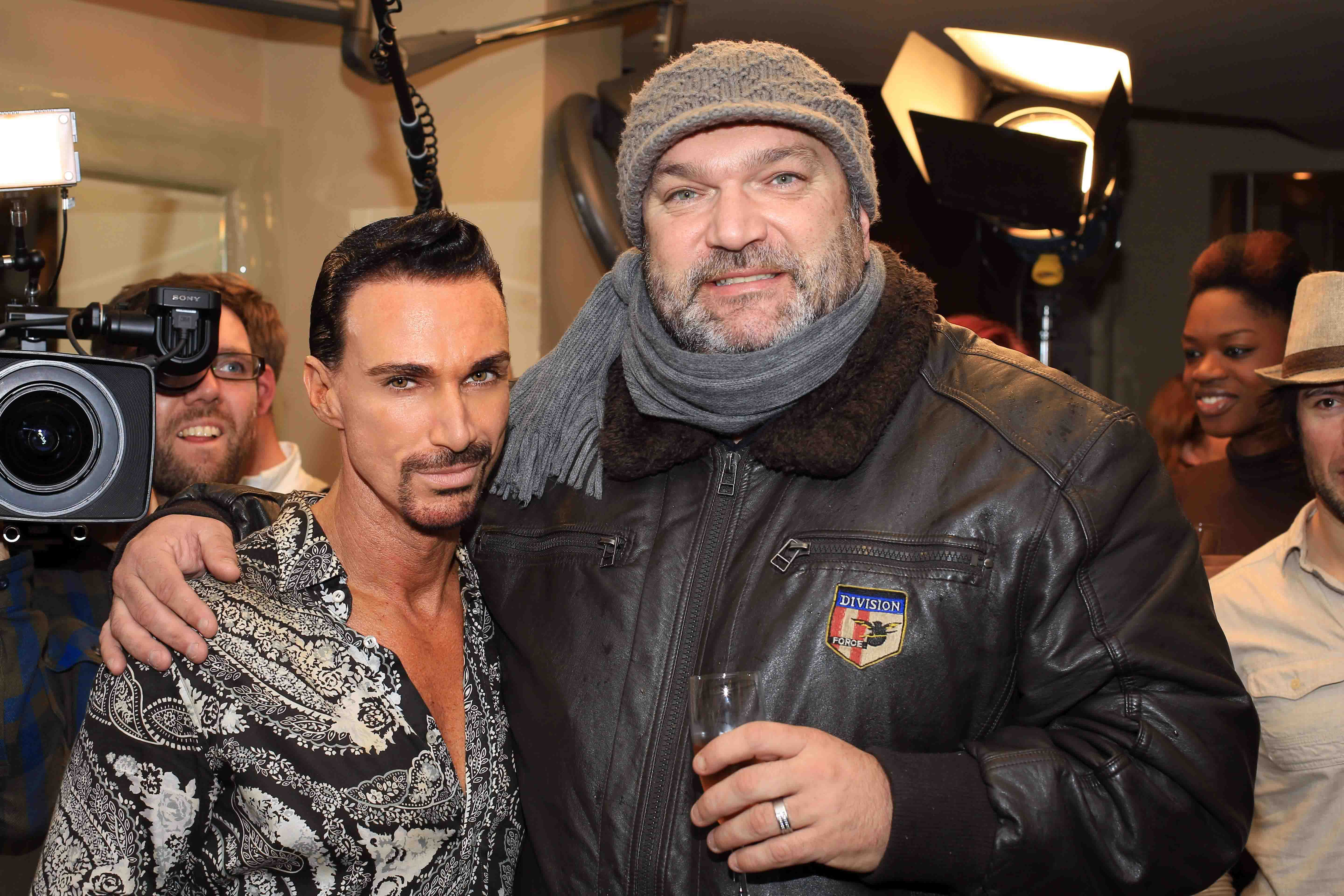 Razor with his hat back on ready to walk out into the cold air, with a decent haircut lurking underneath!!

Towards the end of 2013 I approached my agents from Super Star Pr with an unusual hair challenge. I wanted to attempt  the world’s first celebrity haircut “blindfolded” in my London salon. This would be for a new reality TV show that Super Star PR were filming and asked if this could be included. They thought it would be a great concept as part of the show, the only problem was I needed a celebrity brave enough to let me lose on their hair. Aimi Veness my agent thought of Neil Razor Ruddock. For people that don’t know who Razor is, he used to be a famous British footballer back in the day, as well as being very good he was also known for being a tough man on the pitch, at present Razor appears on many reality type shows, including Celebrity Big Brother.

He agreed to be my guinea pig! I first met Razor believe it or not  just before the haircut itself and made it very clear to be careful and not accidentally cut him, I replied that I wouldn’t. (with both fingers crossed) Although I did have a little help with my right hand man standing next to me, he was to guide my hands out of trouble if needed. This was TV presenter Johny Pach who’s also a client of Super Star PR.

I have to admit even with Johny’s help ( just before the challenge) I was actually quite nervous, to calm my nerves I decided to drink about 3 glasses of  Laurenti champagne very fast (provided by www.winedirection.com), I then became almost “blind drunk” that definitely was one glass too many!! It was now time to start my blindfolded challenge, so Johny placed on the blind fold, then to make things even HARDER he decided to spin me around 3 times, “oh boy”.

Let’s fast forward a bit, roughly 30 minutes later I took my blindfold off and thought to myself that doesn’t look too bad, I mean there was no sign of blood or missing body parts, then once I got used to the bright lights from the camera crew and all the flashes going off  (as I was in total darkness for 30 minutes) a decent haircut emerged. Razor really did like his new haircut!! PHEW!!

My event was also featured in OK! Magazine. To read click here.

All photos by Walterlan Papetti